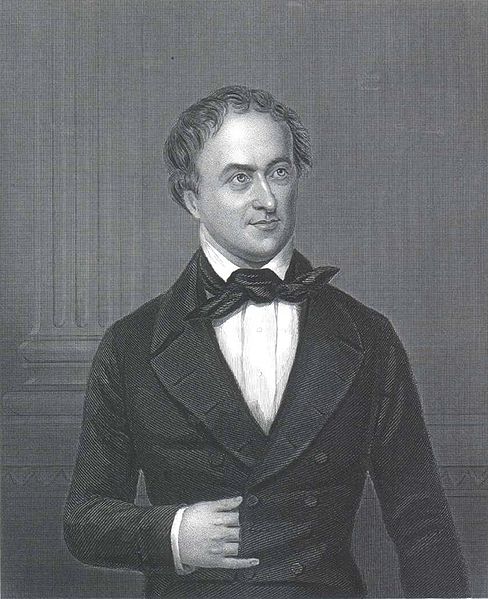 The abbreviation SmCo stands for an alloy of samarium and cobalt. The silvery element samarium was discovered by the German mineralogist Heinrich Rose, who in turn named it after the Russian mining engineer Wassili Samarski-Bykhovets. The metal is one of the rare earths and is only mined in China to this day.

Cobalt, or cobalt, belongs to the element category of the transition metals, more precisely it is a ferromagnetic transition metal with a Curie temperature of 1150° C. The steel-grey, extremely tough heavy metal is suitable as a good conductor for heat and electricity.

Magnets play an indispensable role in many areas of the economy. This applies both to the magnetism caused by electric current in electromagnets and to permanent magnetism in permanent magnets. Among other things, the alloys made of samarium-cobalt are important basic materials to produce permanent magnets. The alloys SmCo5 without iron content, which were developed in 1966, and the alloy Sm2Co17, developed in 1972 with approx. 20-25 percent iron content, are used for this purpose. Until the 1970s, the alloy of samarium and cobalt represented the material with the highest known magnetic energy density.

In general, magnetic fields are induced by moving electrically charged particles. Therefore, whenever current flows in an electrical conductor (metals such as copper, aluminum, and others), a magnetic field is created. But also rotating electrically charged particles (particles with spin), such as electrons, generate a magnetic moment and thus represent a small magnet. Since all electrons have a so-called spin, one can assume that all matter is equipped with certain magnetic properties is. In most cases, however, the magnetic moments cancel out in such a way that the material appears nonmagnetic to the outside. When exposed to an external magnetic field, however, the magnetic properties of any substance are changed. Depending on the behavior under the influence of an external strong magnetic field, a distinction is made between diamagnetic, paramagnetic, ferromagnetic, antiferromagnetic and ferrimagnetic materials. In principle, all substances are initially diamagnetic since they all contain paired electrons with opposite spins without exception. When exposed to an external magnetic field, a weak opposing field forms in the material, which pushes it out of the external field. However, the effect is so small that it is usually not even noticed. If unpaired electrons are also present, they are aligned by an external magnetic field, which usually results in unstable magnetization (paramagnetism) that pulls the material slightly into the magnetic field. After removing or switching off the external magnetic field, the generated magnetic field collapses again. Paramagnetism is also usually so weak that it cannot be observed at all without technical aids. However, when the same spin alignment of unpaired electrons can be stabilized, it is called ferromagnetism. These materials are then suitable to produce.

The basis to produce permanent magnets are materials with ferromagnetic properties. These are substances that have unpaired electrons with parallel spin in their atoms for quantum mechanical reasons and can therefore form their own magnetic field. Because of an external magnetic field, the areas with the same electron spin align themselves and thus generate a permanent magnetic field. These materials include the metals iron, cobalt, nickel, some lanthanides and certain alloys such as samarium-cobalt, AlNiCo, neodymium or ferrite.

The properties of ferromagnetic materials

The properties of the alloys of samarium and cobalt

Both alloys can build up a very high magnetic energy density, which can reach 130 to 200 kJ/m3 for SmCo5 and 160 to 260 kJ/m3 for Sm2Co17. Their energy product is therefore very high. Furthermore, its magnetic field is extremely stable and insensitive to external influences. The samarium-cobalt alloys are difficult to demagnetize. The Curie temperature is 450 degrees. Above this temperature the magnetization disappears. The magnet can be used up to approx. 350 degrees without any loss of magnetic field. The temperature coefficient of the remanent flux density is very low and lies between 0.03 and 0.04 percent per degree Celsius. This means that the magnetic field decreases only very slightly per degree of temperature increase. Furthermore, the coercive field strength is extremely high and sometimes surpasses other permanent magnets several times over. Samarium cobalt alloys also have the advantage of being very corrosion resistant. However, they are attacked by inorganic acids and alkalis.

The starting materials samarium and cobalt are melted under an inert gas atmosphere of argon and cast in ingot form because they would react with oxygen in air. Various alloying additions in the melt improve its thermal properties. During the solidification of the melt, crystal structures are created that prevent the magnetic field from stabilizing. The resulting alloy can be easily demagnetized and is not suitable as a magnetic material. Further processing is therefore necessary. The alloy obtained is then first pulverized again under protective gas and the powder is subjected to a sintering process at temperatures of 1150 to 1250 degrees. The individual powder particles bake together. Pressing with plastics is also possible. Magnetization must take place in parallel during this process. The material is brought into the desired initial shape. Subsequent processing of the sintered magnetized materials is no longer possible because ferromagnetic tools can be magnetized and any chips that occur can no longer be easily separated from the base body by magnetization. In addition, the material can splinter, and the finely divided powder can spontaneously ignite. The post-processing of samarium cobalt powder pressed in plastic is easier, but the magnets made from it have poorer properties than the sintered magnet materials. Since the elements used are rare on earth, the price for strong SmCo magnets is relatively high. You also must be careful with them, as this brittle material flakes off relatively quickly. In addition, there is a relatively complex manufacturing process.

The application of permanent magnets

Permanent magnets, which also include the alloys of samarium with cobalt, find a variety of applications in everyday life, e.g. B. in locking systems, refrigerators, for attaching objects and much more. 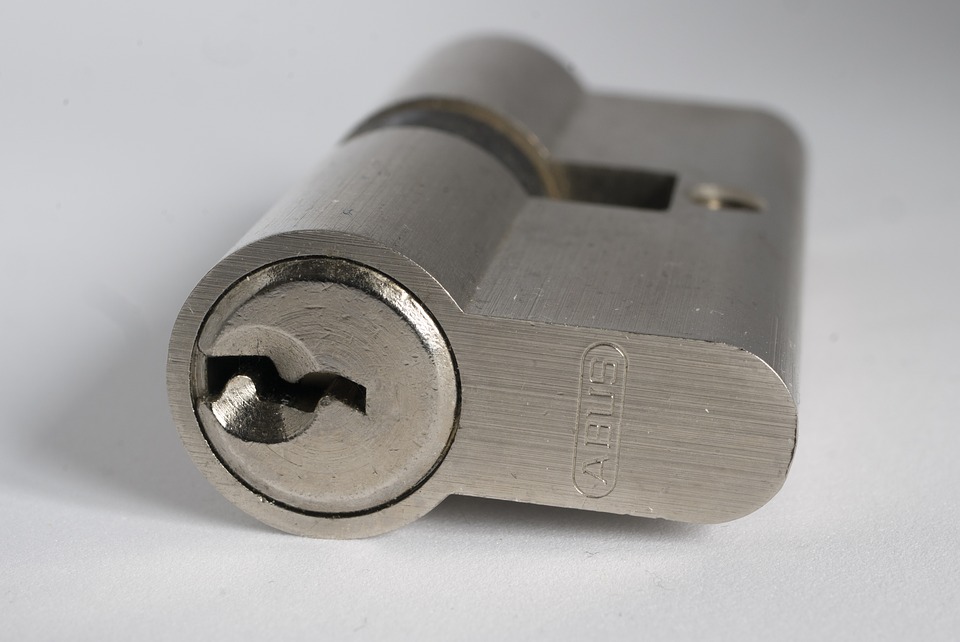 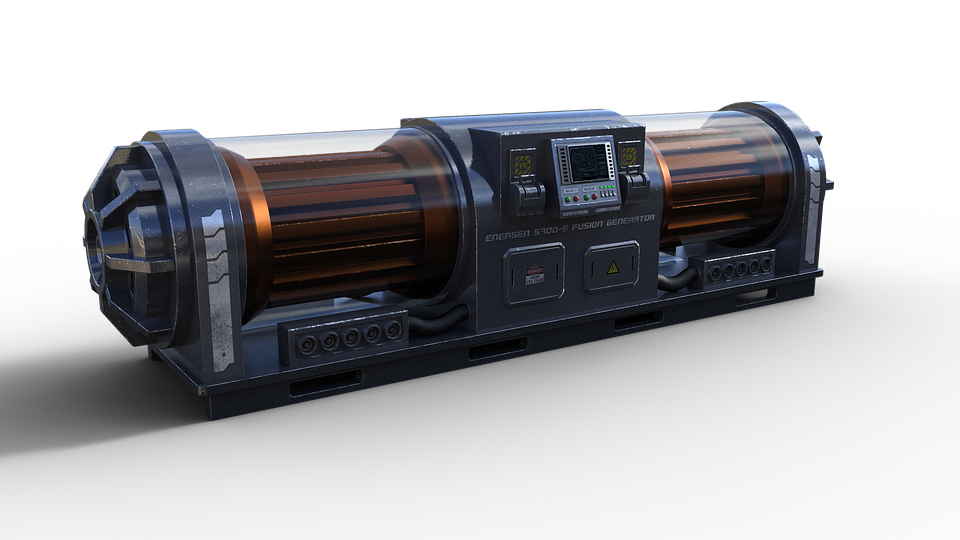 However, they are of particular importance in power generation and energy conversion. The generation of electricity takes advantage of the fact that a changing magnetic field sets moving electrical particles, such as electrons, in motion. It is irrelevant whether the magnetic field changes in real terms or whether it appears to change due to relative movement in relation to an electrical conductor. In generators, for example, the rotor consists of rotating permanent magnets, the magnetic fields of which generate an electric current in the static coils (stator) of a current conductor made of wire (copper or silver-plated copper wire). Conversely, permanent magnets can also be used in electric motors to convert electrical energy into mechanical energy.

The main areas of application of SmCo

Magnets made of samarium-cobalt alloys are used where very strong magnetic fields are required under extreme conditions (temperatures in the temperature range -40 to 350 degrees). Main areas of application are among others:

Samarium cobalt is primarily used for various permanent magnets. Two crystal structures can be used for the application: SmCo5 or Sm2Co17 (with iron, copper, or zirconium as additional alloying elements) The two forms of the alloy were developed in 1966 and 1972 respectively and were the materials until the discovery of neodymium-iron-boron in 1982 with the highest magnetic energy density known. Due to their properties, permanent magnets made of SmCo are difficult to demagnetize and retain their magnetic forces up to an operating temperature of 450° C. Since the temperature coefficient of remanence is very low, the magnetic field only loses a little of its effect per degree of temperature increase. Furthermore, thanks to their high coercivity, they are extremely resistant to demagnetizing fields and have enormous corrosion resistance. Today, the Sm2Co17 alloy is still used for the most part for permanent magnets because it is cheaper due to the lower use of samarium.However, special areas of application make the use of SmCo5 necessary, especially when very strong magnetic field strengths are required.

Comparative consideration of other types of magnets with samarium-cobalt magnets

Neodymium magnets are made from an alloy of neodymium, iron and boron. This material has been used since the 1970s. Its energy density is significantly higher than that of samarium cobalt. However, the neodymium magnet can only be used up to temperatures of 80 degrees. Furthermore, it is more susceptible to corrosion than the samarium-cobalt magnet. Although certain additions to the alloy can increase the temperature and corrosion resistance, they do not come close to the values of the samarium-cobalt alloy. Because of this, neodymium magnets still must be replaced by samarium cobalt magnets in applications under extreme conditions.

Ferrite magnets are made from iron oxide and barium or strontium carbonate. The resulting material is ceramic-like. Ferrite magnets are very popular in use worldwide because they are inexpensive and at the same time very resistant to corrosion. In addition, they can be used in a temperature range from -40 degrees to 250 degrees. However, if very strong magnetic field strengths are required, neodymium or samarium-cobalt magnets must be used again.

AlNiCo magnets are made from an alloy of aluminium, cobalt and nickel. They can be used up to 550 degrees, are very resistant to corrosion and have a high remanence. However, AlNiCo magnets have a very low coercivity and can therefore easily be demagnetized by external magnetic fields. It has already been replaced by ferrite magnets in many areas of application. However, if high field strengths in combination with high temperatures are required, the use of samarium-cobalt magnets has proven its worth.

SmCo magnets have a high magnetic energy density, can be used at high temperatures up to 350 degrees, are hardly affected by external magnetic fields, and are also very resistant to corrosion. However, their production is very expensive because samarium is one of the rare elements. Their use has proven particularly effective in areas where high magnetic field strengths are required at high temperatures. This applies to generators, motors, sensors and measuring devices, among other things.